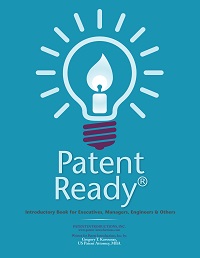 Independent Inventors and Entrepreneurs: prepare the patent aspect of your project

So, you have an idea for an invention! Do you want to license it? Sell it outright? Build a company with it? (If not you, then is it someone else you care about? – if so, let them know about this webpage.)

As an inventor, let’s look at some of the risks you face:

a) It is possible that your invention, even when ready for the market, will not be wanted by the market – happens all the time.

b) It is possible that your invention will be wanted by the market; that is when, however, others will want to copy it without paying you. In fact, some may start copying it if they discover that you are exploring whether the market wants it, because they, too, may think that your idea has potential.

Having a full, regular patent application drafted, filed, and then prosecuted is not cheap. And the whole expense and effort may be wasted, if your invention is not new. So, how do you manage all these risks?

Many independent inventors manage these risks by the following strategy:

After your provisional patent application has been filed, the 12-month window has started. It permits the following activities with less risk:

Inventors do patent searches to see if their invention has been patented before. (They know that, just because they had an idea, they cannot automatically assume that they were the first person to have had this idea; in fact, they know that such assumptions are arrogant, not clever and often false.)

In fact, those who know how to search patents often search first, and create the provisional only after many easy searches in which they cannot find their idea having been mentioned by anyone else in the past.

New to patent searching? You can read the Patent Ready® book to learn more about searches: the various types, which ones are the easy ones and how to do them, why the patent searches that you do are free and can be very informative but never guarantee the outcome, and so on. For learning how to search patents you can either read the book alone, or take the 3-day self-study patent course where you read the book along with seeing many samples, and so on.

Searching helps, although in a “negative” way: When an inventor finds their invention outright described in an earlier document, then they will know that the regular patent application they are contemplating will not become a patent; and therefore they will know to not waste the money and effort to create it in the first place. Instead, the inventor will move on to their next invention, use the Inventor’s Journal described below and so on.

3) Explore the market for the invention:

Within the 12-month time window, inventors try to gauge interest in their invention:

This is where it becomes interesting. Those who might fund developing an invention (“Venture Capitalists”) will never promise to keep secret an invention that is presented to them – why bother? They will, however, respect the fact that a provisional patent application has been filed.

If the inventor still wants to pursue the invention, by the 8th month of the 12-month window, they contact a patent attorney, inform them of the provisional, and work together for creating a regular patent application.

If so, then today you may be acting as its CEO, its middle manager, its project manager and often its engineer. You face a different situation than employees in a company, because you alone:

When inventors look for funding, Venture Capitalists (VCs) often expect a well thought-out business plan. The patent section is an opportunity to shine, by rising above the typical boilerplate language of: “We will file strategic patent applications.” Rather than merely promising, one should:

VCs like such preparation; in fact they think of filed patent applications as “traction”.

And another thing about VCs: they will never promise you to keep your idea confidential, just for the benefit of you telling them what it is. The reason is that such a promise to you now would foreclose their option to fund later someone else, who: has the same idea, could be better prepared than you, and/or is giving them a better deal than you. So, rather than promise you confidentiality now, VCs expect you to get your patent protection, they will respect you for getting it, and will be more apprehensive about funding in the future someone else who has the same idea as you. (In short, just like you work for yourself first – not for your VCs, similarly VCs work for their investors first – not for you.)

The Patent Ready® book is a great first step to understanding how patents work, and learn basic company patent strategies. The book is not a replacement for a patent attorney, but it does provide excellent preparation for the initial conversation with him or her in the future.

As a patent attorney, I recommend Patent Ready to clients and prospective clients. While Patent Ready will not teach readers how to write a patent, it will provide guidance about the patent system so that readers can make intelligent and informed decisions in planning their whole patent activity. This book would be particularly suitable for independent inventors who plan to start a company, principals (e.g. executives and managers) of existing companies, and employee inventors (e.g. engineers). For such readers, Patent Ready provides accessible explanations without intimidating legalese on a large array of topics including, for example, patent business risks, patent business opportunities, basic patent strategies for new product planning, timelines, prior art searching and even the relationship of the employee inventor with his company.

Have a quick patent question? See if the Patent Ready® Study Guide addresses it – it is a searchable .pdf.

CAPTURE YOUR IDEAS: Just like professional engineers, use a custom Journal for capturing your ideas and designs. The Patent-Ready® Inventor’s Journal has been designed for inventors to capture their ideas, plus to further enable an initial patent analysis. Journaling helps move your ideas along, because your mind was made to have ideas, not to hold them. Buy the Patent Ready® Inventor’s Journal together with the Patent Ready® book.

The Patent Ready® book will not replace a patent attorney; more specifically, it will not help one make legal determinations that pertain to one’s specific facts. And consulting or downloading our materials does not form an attorney-client relationship, and is not receiving legal advice; these materials may be used for preparation in dealing with one’s own patent attorney.